Some random thought experiments and as well as some slightly larger projects; mostly things I've worked on in my spare time while not otherwise working. In general, they are still rough around the edges, having halted development once they did what they needed.

A "simple" (read as "over-engineered") profile system for math frosh week leaders at Waterloo. Two years prior to this, information was managed through a combination of memory and e-mail. The year after that, it ended up in a fairly decent excel sheet. But still, each year, the same questions were asked of the same people time and time again. Hopefully this gets rid of some of that. 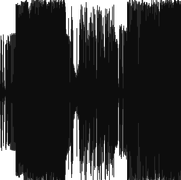 This was a quick test of the up-and-coming html5 WebAudio APIs (in webkit). It clearly isn't implemented particularly well, but it did do what I set out to do. In JavaScript, a selected audio file is loaded completely into the limited memory available, and then draws a simple waveform representation of the file in canvas. It tends to crash your browser around 15MB files.

Playing with this came up after reading another expierment from The Man In Blue and previously researching ways of generating waveforms for social media platforms.

While I'd been following meteor since it was initially announced, I hadn't found something I could make which would take advtantage of some of the nicities it would provide. Once they released the authentication framework, I decided to have a go. So, over a weekend, I put together a basic scrum board with points and tasks and sprints (oh my!). We'd been struggling with/hating on redmine for a while at work, so putting together something which could potentially solve some of those pain points added a bit of motivation. I never finished anything, of course.

Built out a web-based front-end for the POS. Submits transactions using Apache Thrift in JavaScript to a middle-man validator before hitting the backend server. Retrieves product information through cached requests to a third-party service for UPC search. Price is retrieved from the point-of-sales system. The UI was built out using Knockout.js for easy data-bound page updates.

A small tool for scheduling leaders to events during frosh week. Given a set of events that were running during the week, and a set of event preferences collected from leaders in a survey, this tool spit out an assignment of shifts for each leader in text format (to be printed) as well as JSON to be displayed as a calendar. Constraints also included attendance at each event and first-aid certifications. Would warn of unsatisfied shifts and all that good jazz too.

I've had a pretty large hand in the design and construction of the websites for math frosh week the past two years. They've been pretty tame thus far. Moving forward, it's time to do something a bit fancier. Screw wordpress, they don't really need it. lets go static compilation. Still need to figure out a good way to help everyone transition from year to year…

During the hackathon at CUTC 2013 I decided to play around with some of the new-fangled WebRTC business that has come along with HTML5. Under the ruse of "chatroullette" for dating, we got some video chat going - trying a few different approaches at using it. Nothing fancy or new, but was still interesting to play with.

Contributed to some backend work on the point-of-sales system in the Computer Science Club. Makes for secure transactions against user accounts using Apache Thrift.